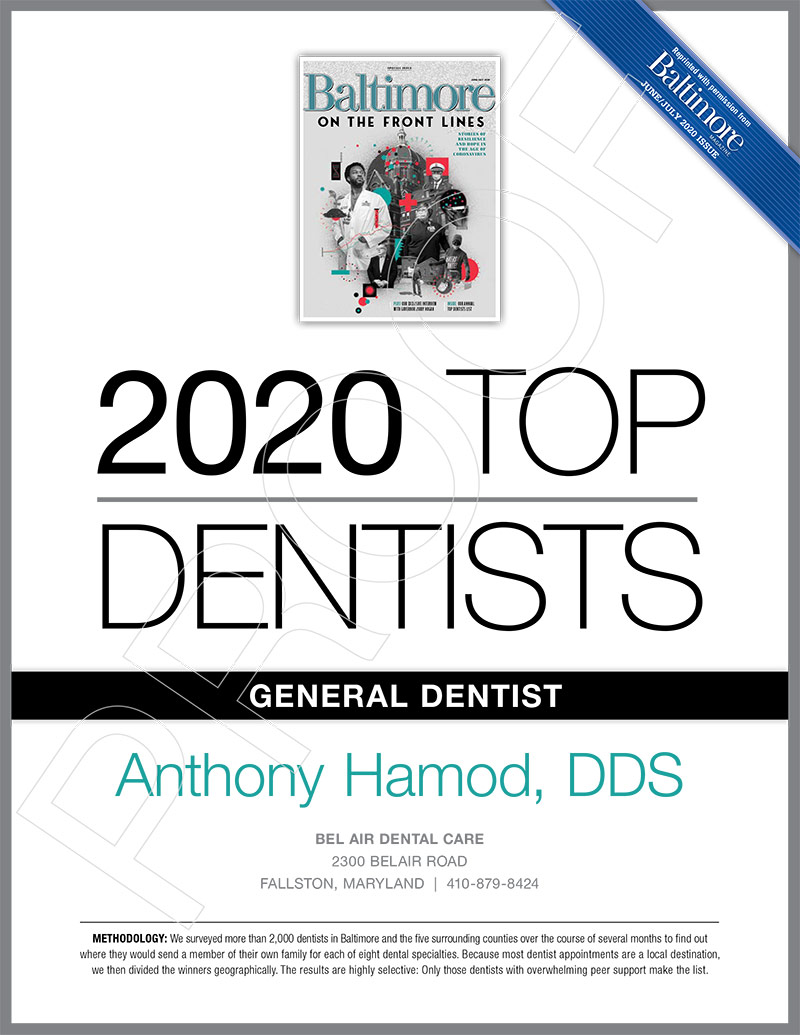 Dr. Anthony Hamod graduated from Vanderbilt University with Magma Cum Laude Honors in pre-medicine. He went on to attend the University of Maryland Baltimore College of Dental Surgery, where he was inducted into the Gamma Pi Delta Prosthodontic Honor Society. While in dental school, Dr. Hamod volunteered his time lecturing children in local Baltimore schools on the importance of oral healthcare and spent a portion of his fourth year at the University of Sydney Dental School in Sydney, Australia. Dr. Hamod continued his training as a resident in the Division of Dentistry and Oral Surgery at the Johns Hopkins Hospital, the number one rated hospital in the country. During his residency program, Dr. Hamod developed a special interest in several specialties, including: implant placement and restoration, cosmetic crown and bridge, root canal therapy, periodontal treatment, and oral surgery.

Dr. Hamod is an active member of the American Dental Association, the Academy of General Dentistry, and the Maryland State Dental Association. Dr. Hamod has accumulated thousands of hours in continuing education and continues to participate in multiple regional and national Dental study clubs.

Dr. Hamod was born and raised in Baltimore County, where he attended St. Paul’s School for Boys. He lives in Fallston with his wife, Alyssa, and sons, Alexander and William. In his free time, Dr. Hamod enjoys playing tennis and golf, and cheering on the Baltimore Ravens and Orioles.